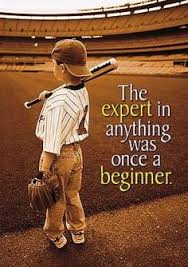 Every team at East Orange Babe Ruth has a Manager.  This volunteer is the go-to person for the team.  Duties include:

Each team Manager will set a practice schedule and plan for the season.  Coaches then assist the Manager in working with the players to improve skills, strengthen abilities and to act as role models.

Each game, in 8u and above, must be scored.  Each team will need a scorekeeper. In baseball the home team is responsible for keeping the scorebook. On the softball side in Fall season only home team needs to keep the score; but in Spring every team must keep a scorebook for every game they play.  All  divisions will use the paper scorebooks.

Training sessions will be offered by the League.

Every team at East Orange Babe Ruth is expected to provide at least FOUR (4) volunteers for  1 -2, four (4) hour seesions per season to run the Concession Stand.

At East Orange Babe Ruth, we are growing by leaps and bounds and one the positions we need most are Coaches and Managers.  If we don't have enough coaches, then we have to have larger teams (which results in less play time), or use waiting lists for teams.

The most important thing for our players is dedicated role models.  With our existing volunteer Coaches and Managers, we can help our new volunteers to get up to speed.  In addition to this, Babe Ruth League offers resources for new coaches to learn to run effective training programs and games (see Coach's corner).

If you are on the fence for coaching, sign up and then discuss it with the Division Commissioner when he/she contacts you.